Inspired by the winning performances from seasoned heroes such as Djokovic, Williams and Federer alongside rising stars such as Kei Nishikori and Eugenie Bouchard in the Grand Slam tournaments over the year, Goldgenie technicians decided to create a limited edition 24k Gold champions racket but only for those who have earned their stripes on court.
The ultimate winner’s racket has been embellished in 24K Gold by Goldgenie’s expert customisation specialists. Due to the added weight and embellishment of the 24k gold strings, Goldgenie are presenting it as an ornamental piece, making it a unique trophy for any tennis player or tennis enthusiast.
We saw three pros smash their rackets in the heat of the moment over the course of the U.S. Open which came to a close 2 weeks ago, While racket smashing can be entertaining for the audience, the pros can be issued undesirable code violations for “damaging a racket”. After almost a lifetime of training and enormous dedication, it is understandable why a professional could take their frustration out on their racket in a fit of frustration if a match is not going according to plan but for those who do this a little too often, they might consider using a 24k Gold Champion’s Racket as a preventative measure. We’re quite sure its value and its beauty might make them think twice!
The first of its kind in the world, with only a limited edition of 99 being produced Gold tennis will be created, each one laser marked with its number in the series. Making a beautiful gift, each racket will be presented in a quality custom frame. Goldgenie will be offering their latest creation to Novak Djokovic, the winner of the 2018 men’s final in London.
The Limited Edition 24K Gold Tennis Racket may also be ordered directly from their website and is priced at £1200. 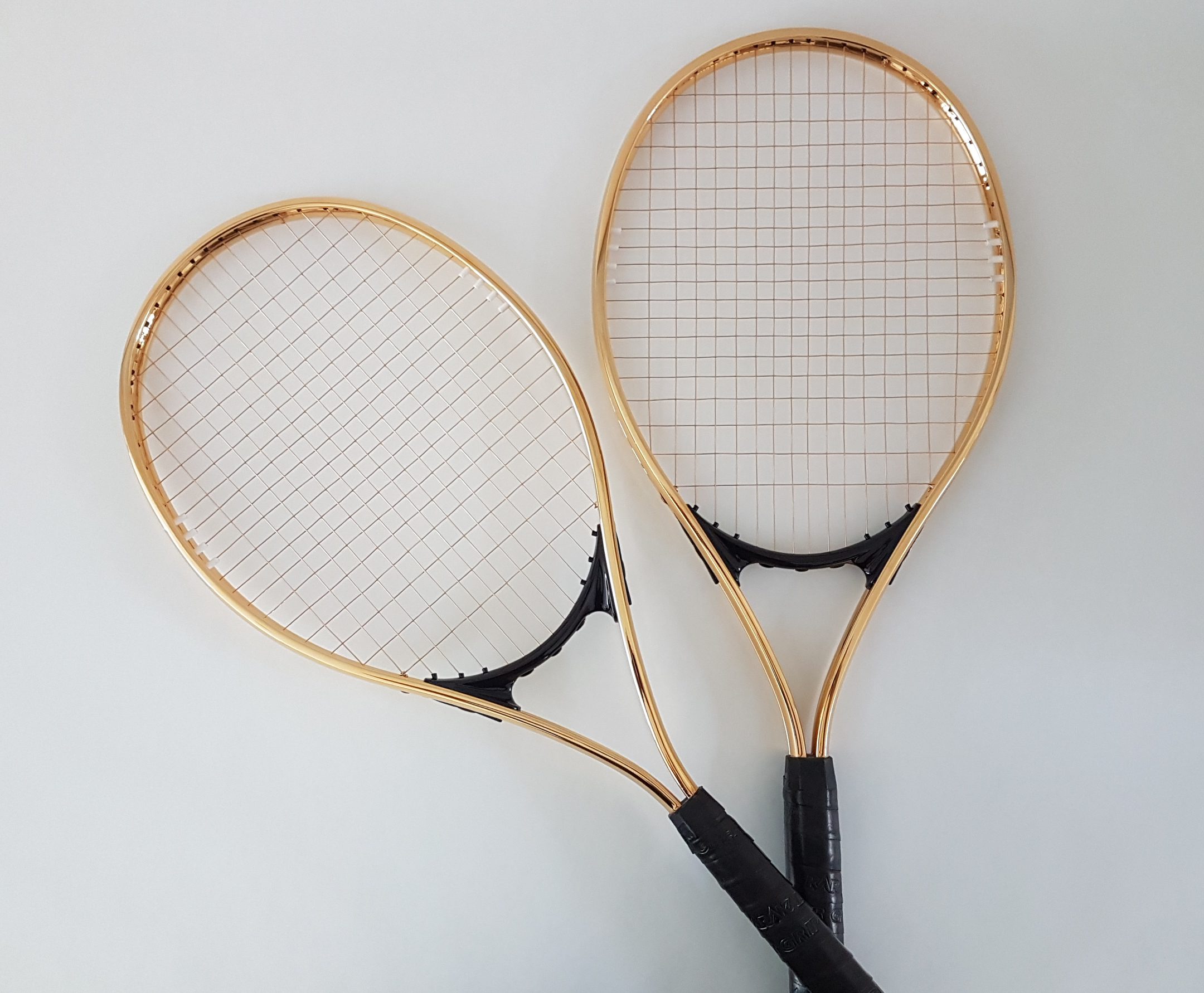 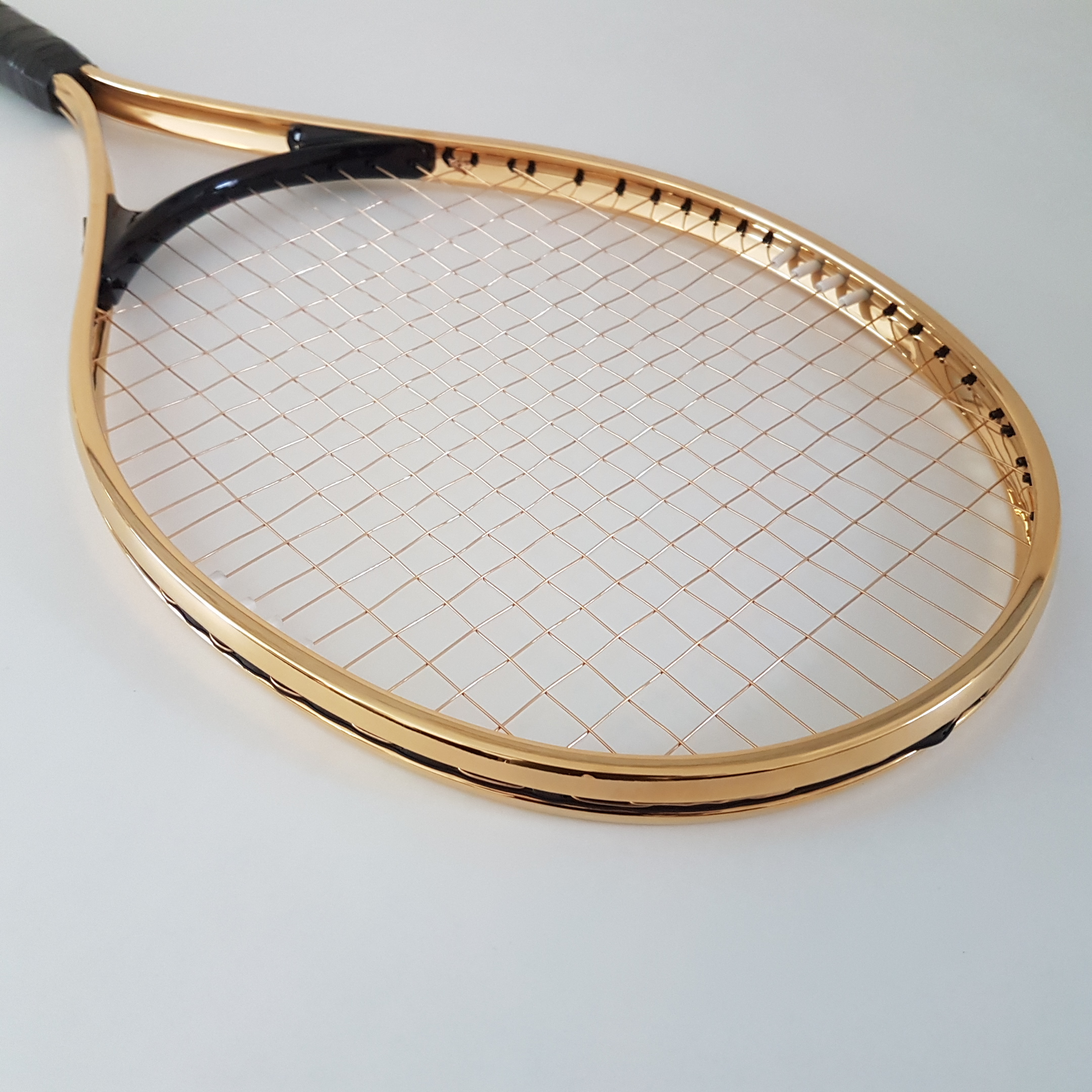 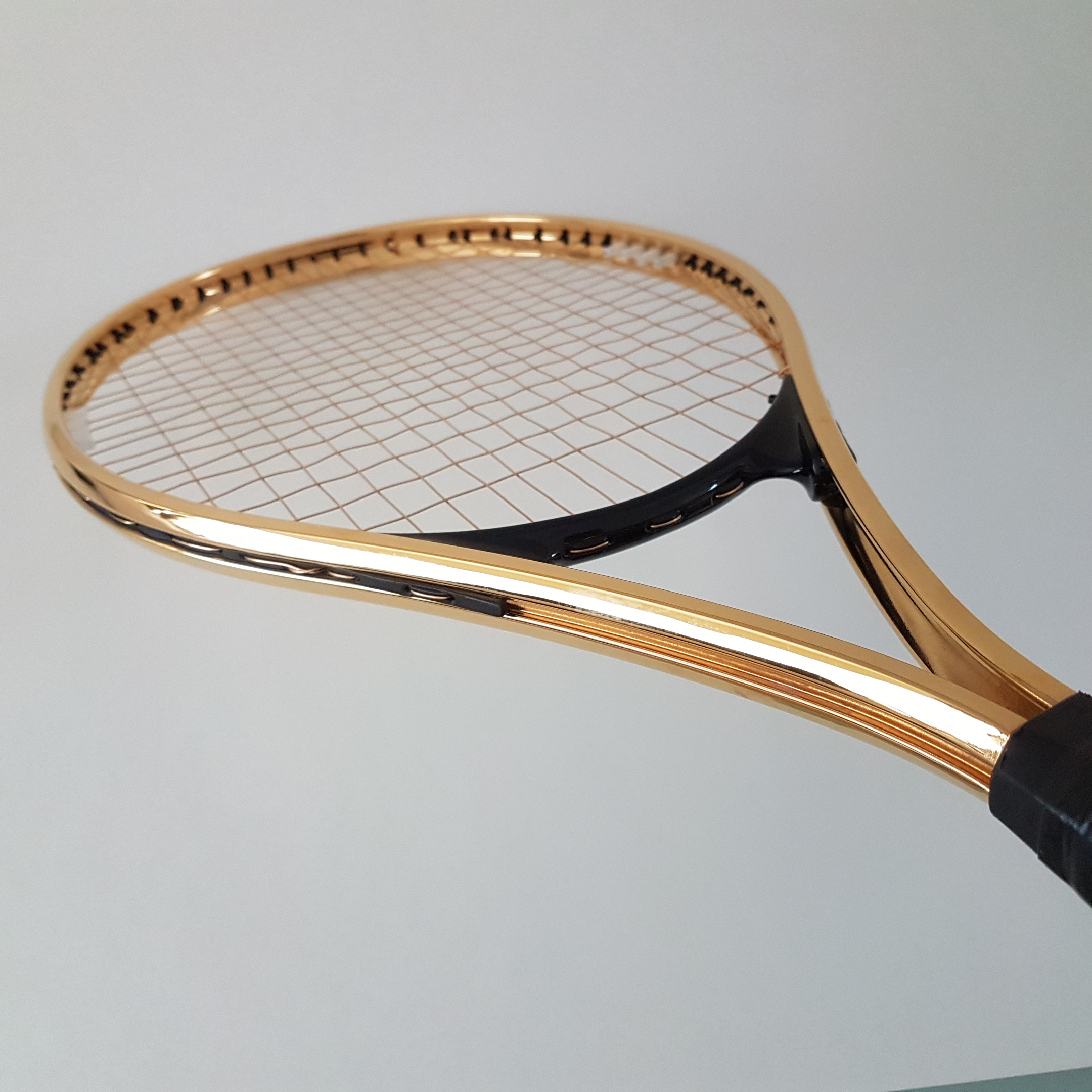